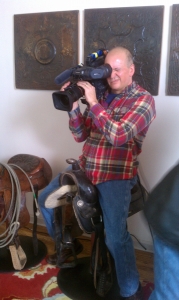 Craig captures shot from a unique bar stool inside one home location for House Hunters.

In February and March of 2013, Video Soup was hired to shoot an episode of “House Hunters” for HGTV. The episode aired October 4 at 9pm CST.

Crew consisted of Craig Campbell as DP and Jon Davis performing audio duties. We shot with Mickey Larson’s Panasonic HDX-900 and used all support gear from Video Soup and an HMI rented from Lights On Kansas City.

“We shot for 6 days over the course of two weeks, and we endured the difficulty of location shooting during that late winter blizzard that dumped over a foot of snow in Kansas City,” Craig says. “Amazingly, I heard compliments at our watch party saying how the snow made our city look beautiful.”

A producer from Los Angeles-based Pie Town Productions completed the 3-person crew. Much energy went into the appearance of multiple cameras although we only had one. “Kudos to the women featured in the episode, Stacie and Elaine,” says Craig. “As non-actors, they did a great job with continuity as we created each sequence”.

Eventually this episode will be available on-line, but here’s a link announcing the episode. http://www.hgtv.com/house-hunters/divorcee-starts-over-in-kansas-city/index.html 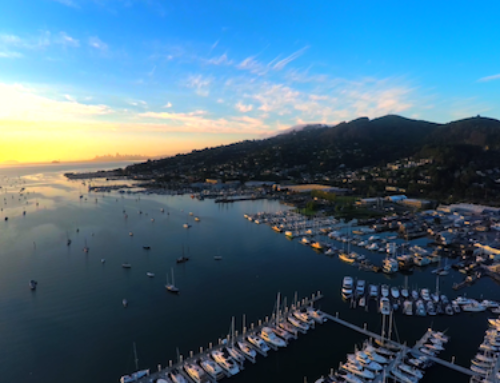